fun things to do

The Last Splash of Summer is a community driven event to bring all the kids in the area together for one last hurrah before schools starts. Ideally held a week or 2 before school starts.

The idea originated from advertisement for water balloons and a crazy idea.

Doug, known for doing some pretty crazy fund raisers oversees(see below), saw 5550 water balloons on sale for about $180 and thought, why not. He placed an order and figured he’d do something with one of the local youth groups. This wasn’t his first rodeo, as they say in the country.

An hour later he made a run to the bank. As he walked into Big Horn Federal in Powell, WY (in flip flops, shorts and a t-shirt) the branch manager happened to walk across his path.

Doug spent the next 6 weeks talking to other business owners, the fire department, the city for water, Park County Fair Grounds and next thing you knows he’s got 50,000+ water balloons and one big ol’ party on his hands.

It turned out fantastic with 100’s of children from all around Park County having the time of their lives and so began the Powell Kids Day, The Last Splash of Summer.

The following year was an even bigger success with lots of money raised for several youth groups in Powell.

Allow me to introduce the history of this event…

This is not a first and I’d like to share what can be done when a community comes together. It doesn’t take ‘someone else’ to do it, it takes all of us to do it.

None of the events I mention below were done by any one person, especially not me. It’s amazing what planting a seed can do. It took a community of people and lot’s of volunteers to make them a reality.

A couple years back in Poland

to raise money for families with disabilities. 1000 pancakes in a day, a Christmas bus

toys, a massive Children’s day event bbq’ing 1000 cheeseburgers in a day an attempt at a water balloon fight with 12,000 Water balloons, 2000 Chili dogs and a bake sale from around the region. EVERYTHING of course was donated including the mobile kitchen, bounce castle, the stage…Everything!

Click to scroll and see more about Stories from poland 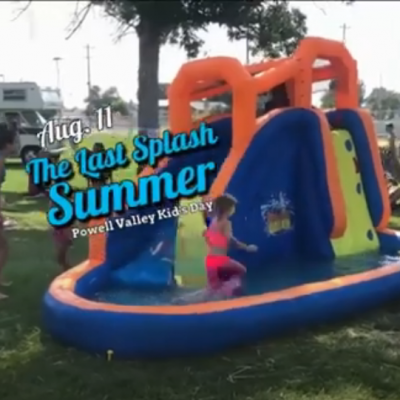 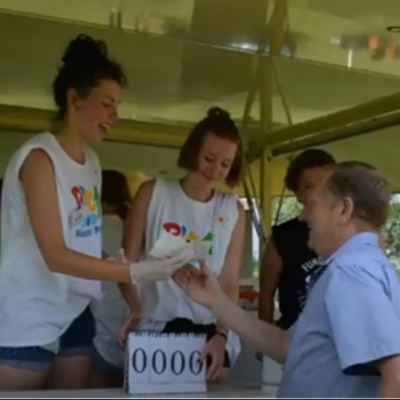 The Polish Football(soccer) team won for their division for the first time ever so the turn out wasn’t as expected but we still sold over 500 Chilidogs and had a blask with 12,000 Water balloons.

This event, we didn’t even have the meat donation confirmed just 10 days before the event.

The goal was 1000 Cheeseburgers and we blew it away. Over 500+ stuffed animals were also collected for Emergency services. 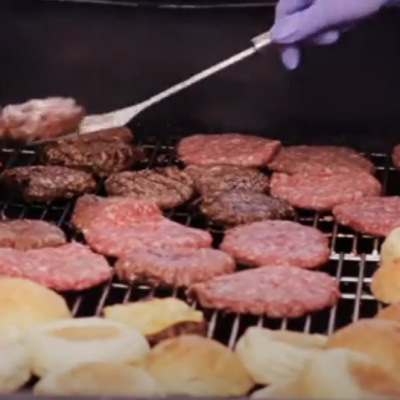 Now that we have 400+ toys and a hospital with 20 or so children’s beds, We had to figure out what to do with them.

We got a city bus and visited a school for children with handicaps. 173 students grades ranging from k-12.

The snow came down for 2 solid days before the event. As we prepared the food the evening before everyone doubted it would happen.

We shoveled snow until 9am when the sun broke out and people showed up. It was incredible!